The match was announced during the tapings for Friday’s “AEW Rampage.” You can click here for full spoiler results from the show.

In recent weeks, Strickland & Lee have tried to coexist as a team in the aftermath of Strickland eliminating Lee from the Casino Battle Royale during the “Dynamite” after the Double or Nothing pay-per-view. On this week’s “AEW Dark: Elevation,” Lee ignored Strickland’s greeting at the entrance area and proceeded to focus on their match against Davey Vega & Matt Fitchett. In a backstage interview last week, Strickland compared their dissension to that of basketball legends Shaquille O’Neal and Kobe Bryant, who won three championships together for the Los Angeles Lakers despite not being the best of friends. 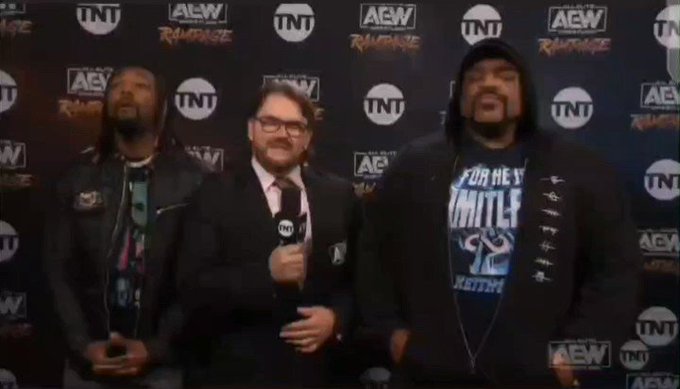 Known collectively as Swerve In Our Glory, Strickland & Lee were unsuccessful in their pursuit of the AEW World Tag Team Titles at the Double or Nothing pay-per-view last month. They began teaming up in early May, notching up wins over the likes of Nick Comoroto & QT Marshall and Luther & Serpentico on AEW’s YouTube shows. They also defeated Anthony Henry & JD Drake on the May 18 episode of “Dynamite.”

With Strickland & Lee Vs. El Desperado & Kanemaru officially announced, Sunday’s Forbidden Door pay-per-view now has a total of 10 matches and 1 Buy-In match. The updated card can be found below.

* WINNER TAKES ALL MATCH FOR THE ROH AND IWGP TAG TEAM CHAMPIONSHIPS
FTR vs. Great-O-Khan & Jeff Cobb Vs. Roppongi Vice

Have a news tip or correction? Send it to [email protected]